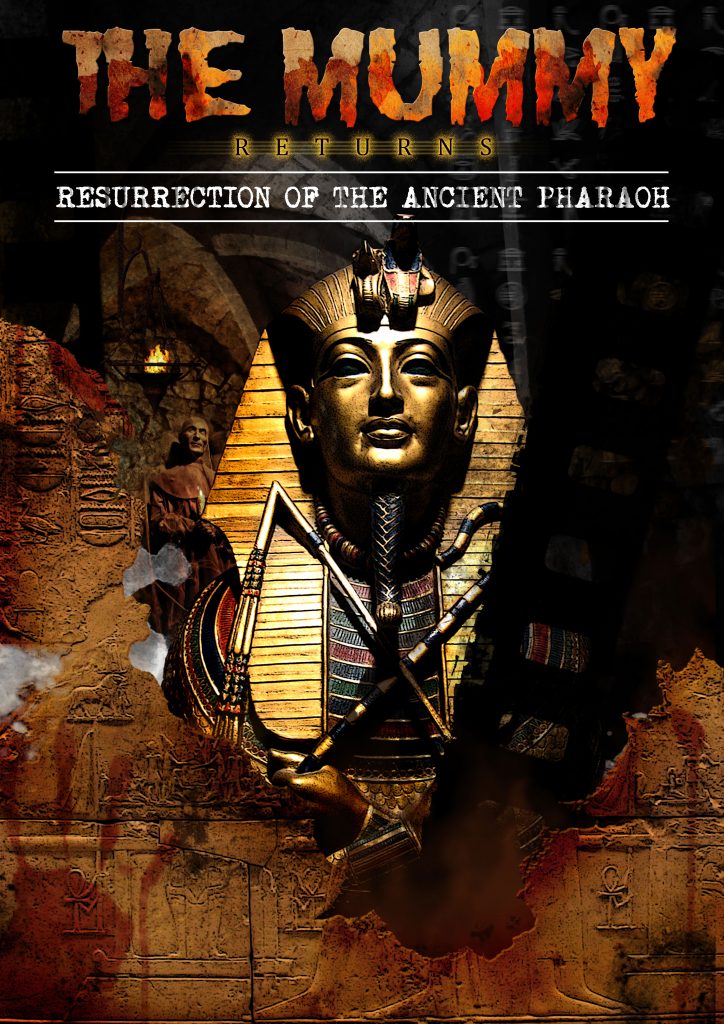 The Mummy Returns - Resurrection of the Ancient Pharaoh

Archeologists have made the discovery that would change the course of Egyptian history. They have acquired proof that one of the Pharaohs tombs contains the secret Elixir of Life. A magical potion that grants immortality, the same Elixir that granted Queen Cleopatra a mighty reign as the final Pharaoh of Egypt. Countless efforts by wealthy adventurers have been fruitless in finding this tomb. However, your rag-tag team of archeologists has come across a confidential piece of information on to the whereabouts of this secret tomb.

Enter the tomb of Thutmosis Pharaoh of the Old Kingdom and High Priest to Horus, God of The Sky. Thutmosis was known for his expansive knowledge of sorcery and dark magic, and it seems that his secrets were buried in his tomb with him including the Elixir of Life. You must lead your team into his tomb, acquire all his evil secrets, and successfully escape within 45 minutes or be trapped inside for all eternity and suffer Thutmosis’ wrath!